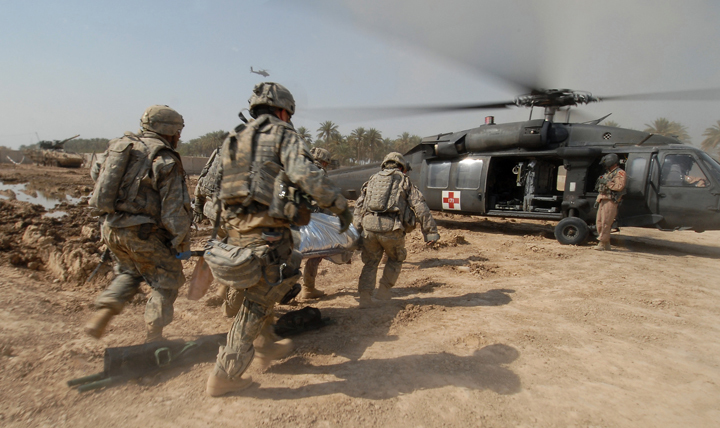 The United States military has spent more than a quarter century engaged in battle in the Middle East.  This war, more a series of inter-related combat operations in an especially troubled part of the world, has been an economic burden that has at times strained military resources.

More tragic is the steady drip of human casualties.

The benefit to this seemingly endless struggle is that there have been countless advancements in emergency medicine that have been learned on the battlefield and applied in emergency departments around the country.

Wars have a way of clarifying medical best-practices.  American military medical professionals are among the best in the world.  In terms of emergency medicine, there are none better.  For these lessons Veterans have paid dearly.  The fact is that there are many post-9/11 Veterans alive today who would not have survived their injuries in Vietnam or the Second World War.

Positive medical outcomes are largely dependent upon the quality of the people providing the care.  It stands to reason that skilled, experienced surgeons have a much higher probability of success than counterparts with less experience and inferior training.  Almost as essential in determining the probability of successful medical outcomes is the quality of the facilities in which patients are treated.  Army and Air Force Medics and Navy Corpsmen perform miracles in the field, often within minutes of the trauma.  In spite of their incredible efforts, recovery in most cases is almost entirely dependent on the patient being evacuated to an established trauma center.

In these field trauma centers, accurate triage (the classification of patients according to the severity of their medical predicament) and efficient process flow are essential because in emergency medicine, seconds can mean the difference between life and death.

These lessons, honed on the battlefield, are applied every day in Emergency Departments across America.  Victims of all sorts of trauma survive in far greater numbers than they did at the turn of the century, and the US military is largely to thank.

For the past decade, Bancroft Architects + Engineers has been privileged to represent the United States on semi-annual medical missions around the world.  The purpose of these missions is to benchmark US medical facilities against a world standard.  In so doing, we are ambassadors for the world’s best practices.  Our work involves both learning and educating constantly.  The disheartening realities of the battlefield are offset by our greater understanding of critical care in emergent environments.

Medical advances—and more specifically, advances in medical facilities—do not happen in a void.  On the contrary, they stem from intellectual diplomacy.  As a part of those diplomatic efforts, I am proud of the role Bancroft plays in making the world a more survivable place.